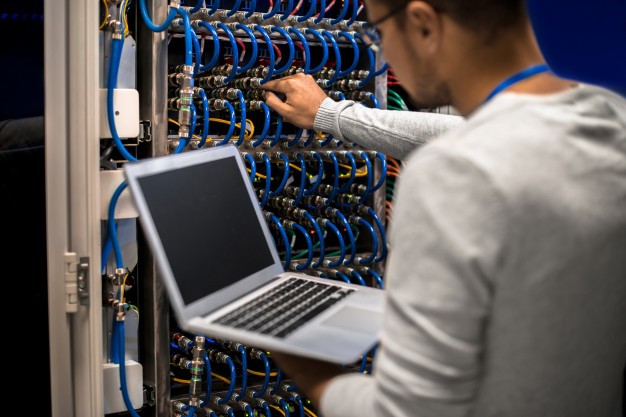 ZDNet, China (08 June, 2021) - Chinese tech vendor, Alibaba Cloud is setting aside $1 billion over three years to nurture digital skills in Southeast Asia, including 100,000 developers and 100,000 startups, and plans to open its first data centre in the Philippines as well as an innovation centre in Malaysia.

Alibaba's cloud unit plans to set aside $1 billion over three years to nurture digital skills in Southeast Asia, which it says will include 100,000 developers and 100,000 startups. It also unveils plans to open its first data centre in the Philippines and an innovation centre in Malaysia.

These included the launch of an initiative with Singapore's School of Computer Science and Engineering and Nanyang Technological University's NTU-Alibaba Singapore Joint Research Institute, to offer artificial intelligence (AI) courses under the university's MiniMasters programme.

When asked, a spokesperson said Alibaba did not break down how the $1 billion would be spent in terms of how much would dedicated to startups and in which markets in the region. She said the funds and resources would go towards boosting digital skillsets for one million professionals in Southeast Asia, including Hong Kong.

In addition, training for the 100,000 developers would encompass general cloud skillsets including Alibaba's own open source  database platform, PolarDB.

Alibaba also unveiled plans to open its first data centre in the Philippines by end-2021, offering a range of services such as Elastic Computer Service, storage, and content delivery network. The cloud vendor said the facility would support its goal to drive growth in key local sectors such as fintech, retail, logistics, and education.

It also was looking to establish a cloud innovation centre in Malaysia, the first of such facility outside its domestic Chinese market, to offer support and resources for local startups to expand.

The centre would provide training in technology and businesses skillsets, as well as a platform on which startups would be able to interact with experienced entrepreneurs and industry experts as mentors. The young companies also could be connected with venture capital (VC) firms, Alibaba said, pointing to startups in banking, fintech, retail, and IT services as sectors that could benefit from the innovation centre.

The cloud vendor added that it would provide office space at subsidised rates and opportunities for co-branding and networking. Malaysian startups also would be able to tap cross-border business opportunities with China via its China Gateway Program. Currently offered in other markets such as Singapore, Alibaba's China Gateway initiative looked to help local SMBs (small and midsize businesses) enter the Chinese market.

In Malaysia, local partner Handsprofit had been roped in to offer its expertise and local knowledge via the innovation centre, which would be located in the country's capital Kuala Lumpur. Alibaba told ZDNet the launch of the centre had been delayed due to the country's ongoing surge in COVID-19 infections, adding that a launch schedule would be provided at a later date.

Alibaba Cloud's international business unit Selina Yuan said: "With the innovation centre, we hope to help businesses in Malaysia to not only survive and thrive during the pandemic, but also provide a conducive environment to nurture local talents, preparing them to embrace the digital future."

The cloud vendor also was aiming to train 30,000 professionals in Malaysia over the next year.

Elaborating on its $1 billion investment, Alibaba Cloud's president Jeff Zhang said in the statement: "Innovative technology is critical to the recovery from COVID-19, while a strong pipeline of talent well versed in digital applications is needed to support the sustainable development of today's digital economy. We are seeing a strong demand for cloud-native technologies in emerging verticals across the region, from e-commerce and logistics platforms to fintech and online entertainment.

"We are committed to bettering the [Asia-Pacific] region's cloud ecosystem and enhancing its digital infrastructure. Our focus on innovation and data centre investments, as well as talent development is in anticipation of a digital-first future," Zhang said.

Alibaba added that it added a third data centre in Indonesia, where its cloud services ranged across security, network, machine learning, and data analytics.

Yuan added: "Our strategic roadmap for Asia-Pacific includes targeted investments to facilitate the digital transformation of local businesses. We see these investments as all the more timely given the impact of the pandemic and the sharp rise in demand for digital business tools."

Its Chinese cloud competitor Tencent last week also added four data centres in three Asian markets and Germany, as part of its efforts to bump up its global coverage by 30% this year. The new sites in Bangkok, Tokyo, Hong Kong, and Frankfurt pushed Tencent's global network footprint to 27 regions and 66 availability zones.

Another Chinese cloud vendor Huawei Technologies also is looking to grow its footprint in Southeast Asia, and betting on its wide product portfolio, which included hardware, software, and services, a key differentiator against its Chinese competitors.

This article is for educational purposes only. All credit and rights of this article remain with the original copyright holders such as owners, authors, and publishers of the material. More information on this can be found on our Additional Disclaimers page. 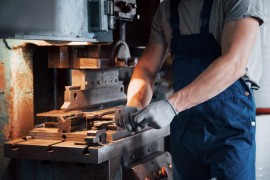 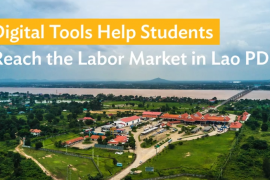 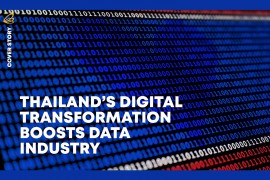