The 2nd Career Market Place was organized in November in Sittwe, Myanmar by the GIZ Projcet “Skills Development for vulnerable Youth”.

The GIZ project is funded by the German Federal Ministry for Economic Cooperation and Development (BMZ) and works in the Rakhine State, which is one of the least developed regions of Myanmar. In addition to challenging social and economic conditions, there are ongoing conflicts – particularly the recurring, sometimes violent clashes against the Muslim Rohingya minority since 2012. This conflict escalated again in 2017, and over 720,000 people have fled to neighboring Bangladesh since then. More than 120,000 internally displaced people (IDPs) still live in camps in Rakhine. In cooperation with state and civil society partners, the SDY project provides training and vocational education measures for vulnerable young people.

Despite the challenging situation in Rakhine, the SDY project could organize the 2nd Career Market Place, which is a unique event in the remote state of Myanmar together with its political partner the Ministry of Labour, Immigration and Population (MoLIP). The event was organized in two locations: the first was in Sittwe, the capital of Rakhine State, and the second was held in a Rohingya village named Dar Paing. More than 1000 young people came to the event in Sittwe to get information about trainings and job opportunities and could participate in various side-events. Here they received information on how to write a CV or how to access micro-finance loans.

Marianna Knirsch, German Development Counsellor from the German Embassy hold the opening remarks together with U Pon Bway, Chin Ethnic Affair Minister Rakhine State, U Kyaw Kyaw Lwin, Director of the Skills Development Division, DoL. After the official opening, they walked around the Career Market and spoke with the more than 25 training providers (public, private, INGOs and, local CSOs) as well as local companies which presented their work.

Due to prevailing movement restrictions for the Rohingya community, a second Career Market was organized at Dar Paing village, which allowed people from nearby Rohingya villages and IDP camps to attend the event. Here, more than 210 people participated. They could receive information on trainings which are offered by local and international organizations as well as job opportunities by small companies working in in the IDP camps. Side events were arranged on topics like “How to open a Saving Group”, “How to create business ideas” and women empowerment. Both events got a lot of positive feedback and the SDY Team is already planning the 3rd Career Market Place for next year in 2020.

Contact: This email address is being protected from spambots. You need JavaScript enabled to view it.

Launch of the second series of In-Service Training towards "Fit for Industry 4.0" 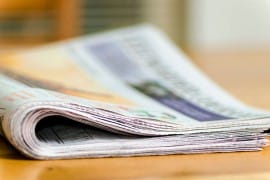 Technology and The Future of Jobs, a 2020 report by ILO